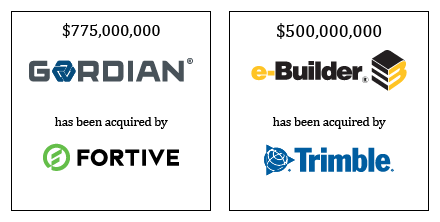 The awards highlight the remarkable momentum of William Blair’s premier technology investment banking franchise, which comprises more than 85 technology-focused bankers around the world. The success that we have achieved for our technology clients has resulted in:

The acquisitions of Gordian and e-Builder, two leading construction software companies, by publicly traded global consolidators showcased several of the characteristics that are essential to successful sell-side advisory in a highly competitive market for leading technology companies: